Quick on the heels of Quintonil, was a popover to Pujol. They are in the same city, after all. The two restaurants are merely blocks away from each other. And fun fact, the husband and wife team that own Quintonil used to work at Pujol.

I signed us up for the omakase taco experience. For those not familiar with omakase, it’s a “chef’s choice” experience often found at sushi restaurants. (Speaking of, the omakase experience at Bamboo Sushi in Portland, Oregon, is fantastic.)

We arrived and were seated at the bar in the middle of a string of people also there to take in the tacos. There’s plenty of table space throughout the restaurant with a more traditional tasting menu. This omakase experience is its own thing and definitely felt Japanese-inspired.

With the dinner were three alcohol pairing choices: mexican beer, mezcal, or sake. (See? There’s that Japanese influence.) Having never tried much mezcal, I was excited to try it and what better way than to have a glass with each course!

The corn-themed evening kicked off with a trio of “street snacks” that included baby corn, a puffed corn tortilla with caviar and cream, and (if I recall correctly) a tofu paste. My descriptions are not doing any of these justice. I was floored but how amazing it was and had me excited for the rest to come.

Next up was a tetela—a corn triangle—filled with beans with an uni salsa to top.

From there, we moved through a series of taco courses: Eggplant, then amberjack, a scallop tostada, a seabass belly taco al pastor, and finally, a soft-shell crab taco.

I think the amberjack and the seabass were my favourites of the bunch.

Then, the pièce de résistance: the Mole Madre. I watched chef Enrique Olvera featured on Chef’s Table and in it they talked of this mole, a sauce cooked for over a year. Since that show has aired, it has continued to cook. On this evening, it had been 1762 days. That’s nearly five years!

The mole madre is served with a mole nuevo in the middle, allowing a contrast between the old and the new. And let me just say that it did not disappoint. I would bathe in this, it was so good.

Alas, all good things must come to an end. This meal came to a close with a trio of desserts and a final churro. It was probably the best churro I’ve had, with a crunchiness and tasty balance that wasn’t too sweet or too cinnamon. (I was told to try churros at El Moro but didn’t have a chance to get there. A reason to go back!) 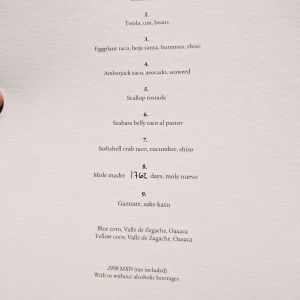 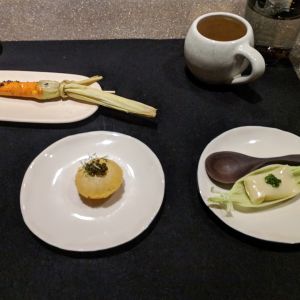 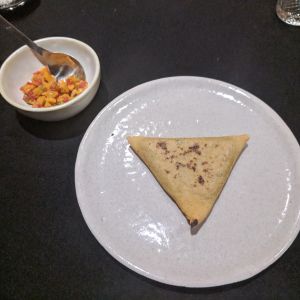 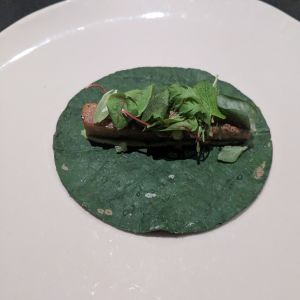 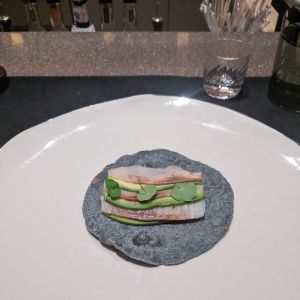 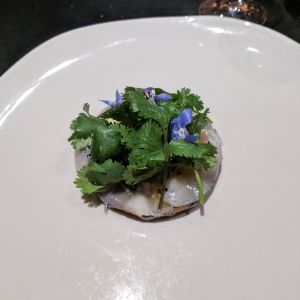 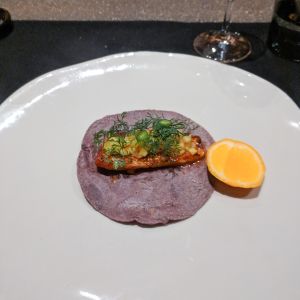 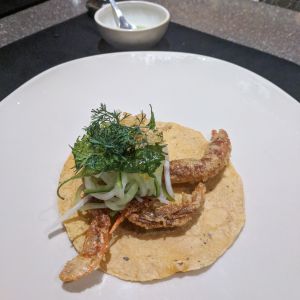 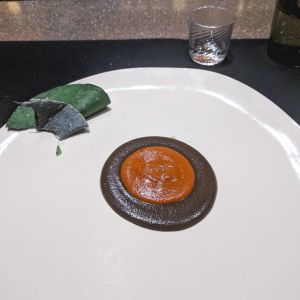 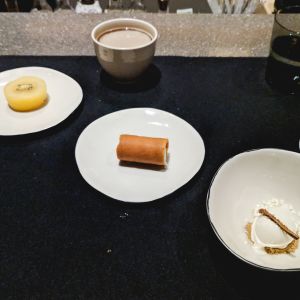 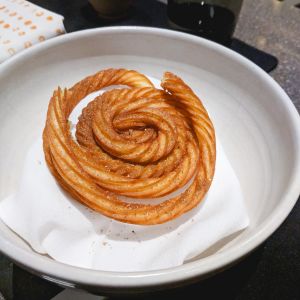